More Info & RegisterView the Schedule & Sign-Up for the Clinic Today! 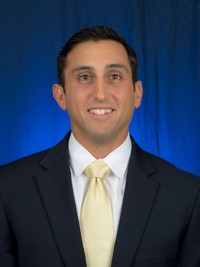 Nick Barese has quickly established himself as one of the premier coaches in New England as he currently ranks second all-time in school history in wins, led the Warriors to a school record 31 wins in 2018, won a NE10 title, and received an NCAA tourney birth.  In coach Barese’s first three seasons (2015-17), Merrimack accumulated 69 victories and a berth in the NE10 Championship in each of those seasons.  During Barese’s first four seasons as head coach, the Warriors boasted 28 all-conference selections, 11 all-region performers, two All-Americans, and two MLB draft selections.  Barese was also the head coach of the Wachusett Dirt Dawgs of the Futures Collegiate Baseball League in the summers of 2012 and 2013. The MBCA is pleased to have Coach Barese speak at the clinic about his offensive approach with hitting and baserunning. 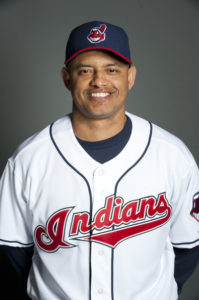 Orlando Cabrera had an amazing run in Major League Baseball that has allowed him to see it all.  In his 15-year career, he was part of nine different franchises, won a World Series with the Red Sox in 2004, and won two Gold Gloves (2001 and 2007).  He retired from the MLB in 2012.  Known as an outstanding baserunner and fielder, the MBCA is excited to learn from one of the best about what he has learned through his experiences at the highest level about fielding and baserunning.

Pete has done it all in the coaching world – literally. He has a worldwide presence and his devotion to baseball has earned him the respect of fellow coaches from all over the world and at various levels.  He started as a student in the Mickey Owen Baseball School, then became a U12 coach at the age of 17.  While continuing to learn his coaching craft, he studied to be an umpire where he umpired over 100 games a summer at one point.  He created the curriculum for and started his own USA Baseball School in the Chicagoland area that was standardized with technology, wording, drills, and fundamentals.  This school eventually expanded to include two more states.  He has developed an online coaches certification program and has presented twice at the National High School Coaches Clinic as well as 14 high school Association Clinics in the USA and in 20 different countries.  Pete served as Director of Baseball Operations and Coach for the Schaumburg Flyers, a professional independent team based in Illinois where he had over 26 players sign with major league organizations. As Player Procurement Director for the North Shore Spirit, he put together the full roster of 22 players that went on to the Northeast World Series.  There is no doubt the MBCA is thrilled to learn from one of the best about ways we, as coaches, can improve.  Pete Caliendo will be speaking about the Japanese culture and training as well as how coaches should think outside the box when coaching.

Todd Carroll is the pitching coach at MIT and has coached in numerous programs, at various levels, and has dealt with a variety of skills. His coaching stints have included: UMass-Boston, Salem Community College, Harvard University, Mill City All Americans of the New England Collegiate Baseball League, Wareham Gatemen of the Cape Cod Baseball League, Head Coach of the Bennington Bombers of the New York Collegiate League, and MIT. The MBCA is excited to have Coach Carroll join the panel in presenting Drills and More Drills that will meets the needs of your program

Coach Canty is currently the head coach at Wakefield High School (MA) and is a coach in the Show Baseball Academy.  He has coached at Peabody HS, Bishop Fenwick, summer AAU, and legion.   Because of his experiences at coaching different levels in different programs, Coach Canty will be speaking to the MBCA about Practice Planning and maximizing your space and resources.

Coach Casey has won over 700 games and has established Tufts Baseball as one of the most respected programs in New England. The Jumbos won back-to-back New England Small College Athletic Conference (NESCAC) titles in 2016 and 2017 and 2010 and 2011. The Jumbos have been to the NCAA Regionals 5 of the past 8 years earning the #1 seed in the 2011 NCAA New England Regional Tournaments. Coach Casey is a Past President of the American Baseball Coaches Association (ABCA) and is a member of its Board of Directors and Chair of the Coaches – Umpire Relations Committee. Coach Casey also currently serves on the NCAA Baseball Rules Committee and is the former secretary-treasurer of the New England Intercollegiate Baseball Association (NEIBA). Coach Casey has been a longtime supporter and member of the MBCA and we are pleased that he will be leading the discussion about Drills and More Drills as it pertains to your program needs.

Coach Decker has been the head coach at Harvard since the 2013 season where he has revitalized the program steadily, culminating in an NCAA appearance in 2019. Before coming to Harvard, Coach Decker spent 22 seasons as head coach at Trinity College (Conn.) where he is Trinity’s all-time winningest coach with a record of 529-231 (.696) while winning five conference championships and advancing to nine NCAA Tournament appearances and winning one national title.  In 2008, Decker led Trinity to a 45-1 mark en route to the school’s first-ever NCAA Division III National championship. After finishing the regular season undefeated, the Bantams ran their record streak to 44 games, which is the longest winning streak in Division III history. The 0.978 winning percentage set a new NCAA record in any division in any sport. Coach Decker won the ABCA National Coach of the Year in 2008.  The MBCA is thrilled to have Coach Decker speak to the association about Team Defense this year.

Coach Noone has won over 400 games while at the helm of Babson College, including 14 winning seasons and 22 or more wins in eleven of those seasons.  The Green and White have had five postseason appearances, including a NEWMAC Championship and the program’s first NCAA Tournament berth in 2004, and another conference title and NCAA bid in 2009. But 2019 was by far the most successful run as the Beavers won a school record 38 games and advanced to the Div III College World Series.   He was selected as the NEWMAC Coach of the Year in 2004.  Prior to his arrival at Babson, Noone spent 12 seasons as the pitching coach at Northeastern University, as well as serving as a pitching coach in the Cape Cod League for both the Bourne Braves and the Hyannis Mets.  Coach Noone will be speaking to the MBCA about how to bring modern swing mechanics to your program.

John O’Neil is the Director of Performance at Cressey Sports Performance in Hudson, MA.  John not only has experience training youth athletes, but has also coached high school baseball, played college baseball, and interned with the Baltimore Orioles. He graduated from Dickinson College with a B.S. in Mathematics.  John’s work and attention to detail as it relates to applying lifting routines to throwing mechanics is second to none.  The MBCA is pleased to have John speak to the association about how to develop an annual throwing program for your players.

Nick Puccio serves as the hitting coach at Northeastern.  Before coming to Northeastern, Coach Puccio led the resurgence of a fledgling Nichols College program that went from single digit victory seasons to consistent 20+ win campaigns.  Before heading up Nichols College, Coach Puccio spent two years at Wheaton College as an assistant where he helped guide them to a College World Series.  Coach Puccio has been an integral part of every program’s offensive development and success throughout his career and the MBCA is excited for him to share his philosophies and thoughts about Building a Team Offense.

Coach Stark joined the Harvard baseball team as an assistant coach in the fall of 2014 after two seasons at Navy in the same capacity.  Before coming to Harvard, he served as an assistant coach at Navy and at University of Rochester. Stark has also served as general manager of the Youses Orioles, the Baltimore Orioles’ collegiate summer league affiliate, and as the head coach of the Brockton Rox of the Future Collegiate Baseball League, where he was named Manager of the Year in 2014.  Coach Stark will tap into his vast experiences to share his knowledge of how to prepare your outfielders — indoors and out.  A topic that is particular important in the northeast given the weather constraints.

Bobby Tewksbary is considered by many to be one of the world’s best hitting coaches.  In 2016, he was ranked as the #68 Most Powerful Person in Baseball by USA Today.  Although many people remember him for throwing in the 2015 Home Run Derby to Josh Donaldson, it is his continued quest for knowledge and integration of technology with swing mechanics and development plans that drive Coach Tewksbary.   He is the co-author of “Be at Hitter” and “Elite Swing Mechanics” and he runs Hitting Daily which is a subscription site where he publishes 5 times per week about all his thoughts on hitting. He currently is excited about his new Project TH, where he is capturing and analyzing game time data from D1-D3 and high school baseball games and utilizing this information to inform how we instruct hitters moving forward.  The MBCA is fortunate and excited to hear Coach Tewksbary talk about how to use analytics to create a development plan for hitters.

Here’s a partial list of who will be coming