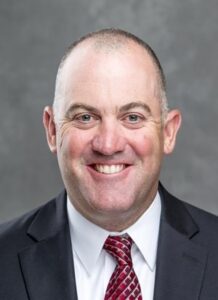 Murphy—who becomes the seventh head coach in program history—returns home to North Andover after eight seasons at William & Mary. In that time with the Tribe, Murphy’s programs had four 30-win seasons, five CAA-Tournament appearances and its first NCAA Tournament at-large bid. Murphy was recognized as CAA Coach of the Year in 2014 after winning 34 games in his first year at the helm for the Tribe. In 2016, Murhpy was named VASID Coach of the Year after a CAA Tournament Championship and NCAA Regional Final Appearance. William & Mary turned four 30+ win seasons under Murphy’s tutelage. Nine players who have competed for Murphy’s teams have been taken in the MLB Draft, with two players taken in the first five rounds.

Programs under the Easton, Mass. native have also seen outstanding academic achievement in addition to the team’s on-field success. William & Mary teams earned three-straight Team Academic Awards by the ABCA, with three student athletes recognized as CoSIDA Academic-All Americans and a CAA Scholar Athlete of the Year.
Prior to his tenure in Williamsburg, Va., Murphy served as Recruiting Coordinator and Hitting Coach for the Brown University Bears, with ten student-athletes earning All-Ivy League Selections in his three years on the staff.