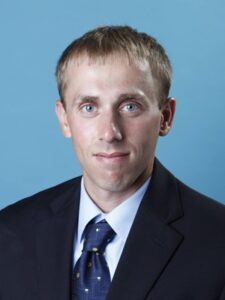 Dan Tischler reunited with his former college coach Brett Boretti and joined the Columbia baseball staff as an assistant coach in June 2012. In January 2019, he was promoted to Associate Head Coach.  Prior to Columbia, Tischler spent two years as an assistant coach at Cornell where he helped guide the Big Red to a program record for wins (31), Ivy League wins (14) and the program’s first Ivy League championship since 1976.  Before Cornell, he was the pitching coach at Swarthmore (PA) for two seasons. In 2010, the Garnet had its first 20-win season in 25 years and made the Centennial Conference tournament for the first time in program history.

Tischler has been a part of four Ivy League Championships during his time at Morningside Heights and five of the last seven overall (Cornell – 2012). He serves as the team’s recruiting coordinator, works primarily with the infield and coaches third base for the Lions.

The Lions hitting, infield defense and base running have excelled under Tischler’s guidance. Columbia boasted one of the top offenses in the Ivy League over the past two seasons and led the conference in nine different offensive categories during that span. Tischler has aided the Lions in setting program records for fielding percentage twice in back-to-back seasons (2013 – 0.971, 2014 – 0.975) and double plays turned (48) in 2015.