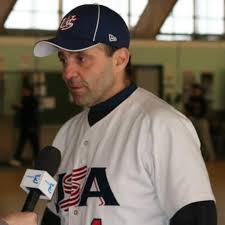 Pete has done it all in the coaching world – literally. He has a worldwide presence and his devotion to baseball has earned him the respect of fellow coaches from all over the world and at various levels.  He started as a student in the Mickey Owen Baseball School, then became a U12 coach at the age of 17.  While continuing to learn his coaching craft, he studied to be an umpire where he umpired over 100 games a summer at one point.  He created the curriculum for and started his own USA Baseball School in the Chicagoland area that was standardized with technology, wording, drills, and fundamentals.  This school eventually expanded to include two more states.  He has developed an online coaches certification program and has presented twice at the National High School Coaches Clinic as well as 14 high school Association Clinics in the USA and in 20 different countries.  Pete served as Director of Baseball Operations and Coach for the Schaumburg Flyers, a professional independent team based in Illinois where he had over 26 players sign with major league organizations. As Player Procurement Director for the North Shore Spirit, he put together the full roster of 22 players that went on to the Northeast World Series.  There is no doubt the MBCA is thrilled to learn from one of the best about ways we, as coaches, can improve.  Pete Caliendo will be speaking about the Japanese culture and training as well as how coaches should think outside the box when coaching.