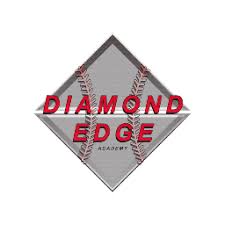 Sam Zagorac is the lead baseball instructor at Diamond Edge Academy in Willowbrook, IL. He is a former collegiate player who began his coaching career in 1996, spending the first 8 years working under the tutelage of John Mallee who is currently the hitting coach of the Philadelphia Phillies and is widely viewed as one of the top hitting instructors in the country. Additionally, Sam worked the minor league Spring Training camp with the Florida Marlins and spent the 2011-2013 springs in Glendale instructing at White Sox Spring Training, as well as serving as an assistant coach at Mount Carmel HS (IL) for 10 years. Sam is an expert in the field of 2D high-speed video analysis and most recently is using 3D software to be able to identify bio-mechanical breakdowns and deficiencies. His strong reputation as a great communicator and having an incredible understanding of the swing has led many professional players to him in the past several years as well. Sam’s teaching style has resulted in many of his players moving on to the collegiate level and several reaching their dreams of signing a professional contract. Sam has given more than 25,000 private lessons and is also a frequent speaker at coaching clinics.