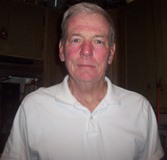 Just completing his 29 year career as head mentor of the West Bridgewater High School baseball team Coach Ohlson finished with a stellar record of 383-219 and a 64% winning ratio. This type of play enabled West Bridgewater teams to compete in the MIAA State Tournament 21 times. Cully’s teams captured the Mayflower League Championship 10 times with coach Ohlson earning “Coach of the Year” accolades on each of these occasions. Cully also was named Boston Globe Coach of the Year two times, once in Division 3 and once in Division 4. Besides a storied career from the dugout, Carl also has the distinction of earning 300 career wins as a varsity basketball coach at West Bridgewater High. In nominating Cully for this recognition coach Wally Boen, himself a Hall of Fame member, said “Cully takes great pride in his school and in his teams. His players are noted for their excellent fundamentals and great discipline.” Others have added that Coach Ohlson never let his players forget that they are student-athletes and that academics accomplishments need to be a priority. Congratulations on this well deserved honor, Cully!