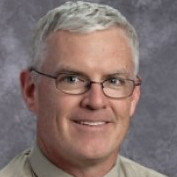 For the past two decades, Coach Lambert has led the Xaverian Brothers High School varsity baseball to unprecedented heights in the school’s fabled sports history.  In 2004, his third season as varsity head coach, Gerry led the Hawks to the D1 state baseball championship. It was an early sign of things to come.  Over the next 18 years, Xaverian would remain a perennial power in Massachusetts baseball.  That success would include winning the highly competitive Catholic Conference four times, capturing four South Sectional sectional titles and an amazing three state MIAA championships. All told, Coach Lambert has 264 wins and counting. Coach Lambert treats his players and opponents with respect, and maintains a perspective that doesn’t waiver in success or defeat.  Gerry has also served as a long time MBCA executive board member and his contributions to high school baseball in Massachusetts have been considerable.