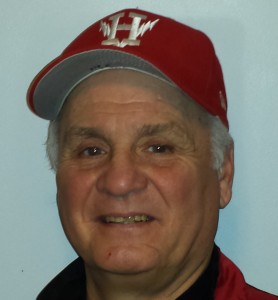 For over a quarter century Bob Rivard has toiled as a teacher and a coach impacting the lives of both students and athletes at McCann Vocational Tech and Hoosac Valley Regional High. As the varsity baseball coach for the past 22 years Coach Rivard has led the Hurricanes of Hoosac Valley to 279 victories and a winning ratio of nearly 60%. During his tenure Coach Rivard’s teams have qualified for MIAA tournament play 20 times winning division titles on eight occasions while advancing to the Western Massachusetts finals five times and capturing three Western Massachusetts Championships.

Like many of our Hall of Fame members Bob has also spent time working with high school students in other athletic arenas having served as an assistant football coach for nearly a decade. Former Hoosac Valley Athletic Director Dan Caritey says of Bob “he is an outstanding individual, family oriented, and a major contributor to the community. Beyond his impressive baseball coaching record his strength of character, self-discipline, and leadership ability have earned Coach Rivard the respect of both his own players and his opponents as well. Whether in the classroom or on the playing field Bob demonstrates a consistent motivation to get the job done and to do it well.”

In recognition of these characteristics in 2009 Bob received the Bershire County “Passion for Coaching” Award and was recognized by Sports Caravan Radio as “Coach of the Year”. Having recently retired it is fitting that Bob caps a distinguished career by earning such a special honor.